Programmers, we love having our code colored, bold, and so on, to get a quick overview of the code structure. Highligh does a really great job, however up to now, I have not seen anybody successfully using it in Anki and AnkiDroid. This is now done. Please, user of iOS let us know whether it works too 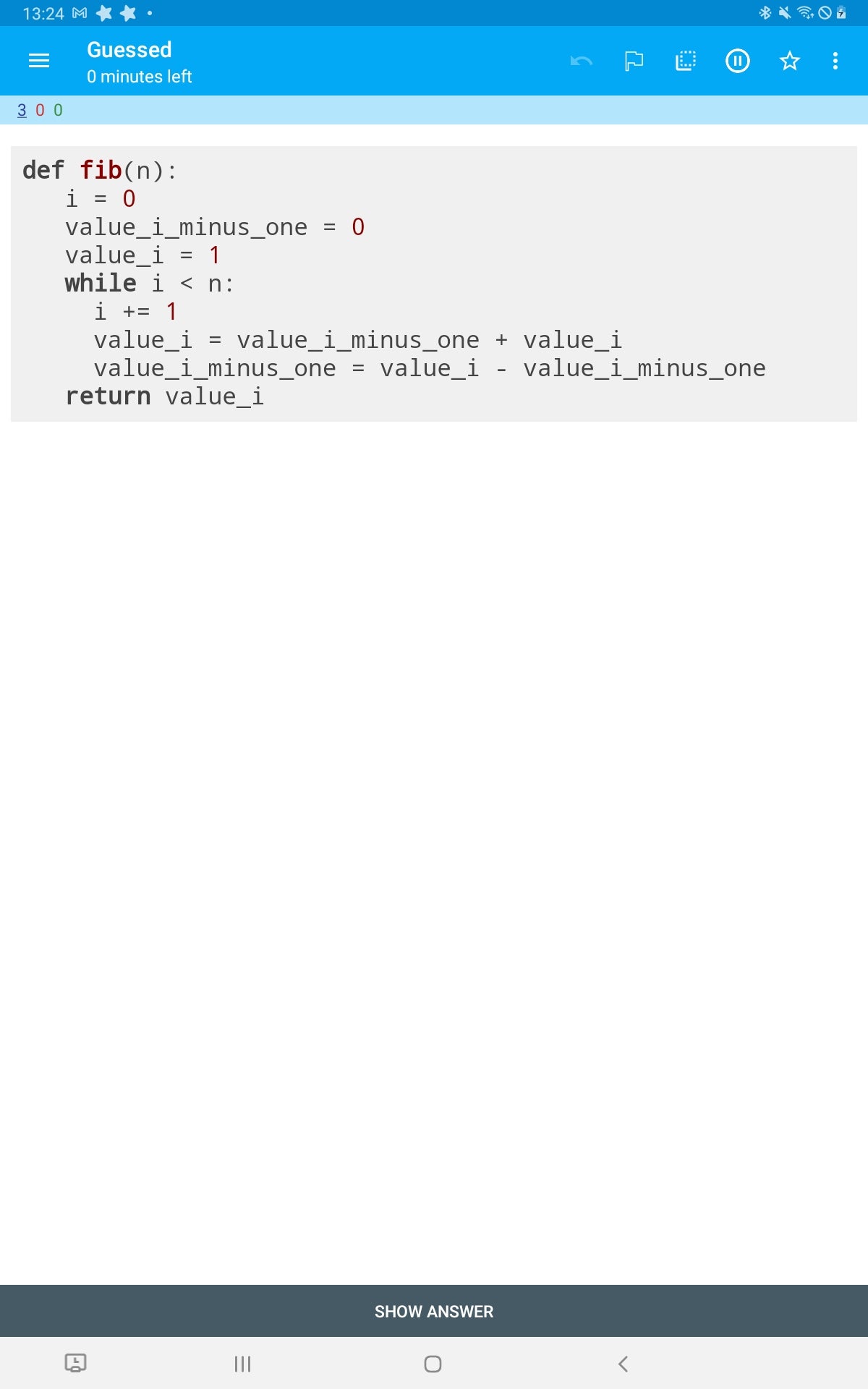 In this example deck you'll find note type showing how to do syntax coloring for field content or only part of field content.

Comparison with Syntax Highlighting for Code

Glutanimate, Tim Rae and tmbb made an add-on that also do syntax coloring. This add-on is entirely compatible with my technique in the sens that you can have card which is one technique and card that use the other one. However, you can't use both techniques at once for a given card.

In my opinion, and with all due respect, there are two main problems with their add-ons:

However, their add-ons has two main advantage over this technique:

How to use it

You can download the shared deck and take a look. Hopefully, if you are a dev', you can make sens of it. Essentially, you need to put

on top of the card template, then

to obtain the field "FieldName" colored as a code in the programming language "language". You can omit `class="language"` if you want to let Highlight guess the language.

The file "_hl.pack.js" comes directly from https://highlightjs.org/download/ , you may want to generate your own file with the languages you're interested with. This example only contains the languages I have an interest in myself so you won't have Ruby or C# but you'll have oCaml and LaTeX in it. You may also want to use other stylesheet than the default one

Any improvement is welcome.

Since this is not an add-on (as it works on ankidroid directly), not a real deck (as the content is useless for learning), and not code source either, I am actually not sure what's the best place to share it. Any idea is welcomed.